The Soul Cost by Nick Bryan

From the Starbucks next to Brixton station, I can see Costa, M&S and four phone shops. In front of them all, Jesus Man is standing at the top of the stairs yelling at passing commuters. “The Lord has come,” he wails, “repent now if you want to survive!”

You gotta assume the manager of the Starbucks wants to nut him, since his relentless preaching only makes the passing commuters keener to get the hell away. Whereas Mr Manager, he’d rather they stopped for a fuckin’ latte. A venti latte.

But this is London, and we’re used to ignoring screeching lunatics. To give Jesus Man his credit, he found a way around that – a microphone and huge fuck-off speaker. The battle for the souls of the Brixton commuter is a never-ending game of poker, and that raised the stakes.

Jesus Man wants to save them from eternal damnation. Mr Manager wants to sell them a grande cappuccino macchiato with extra cream. Gotta give it to Jesus Man, at least he’s altruistic. If Hell turns out to exist, I’ll be grateful to anyone throwing me a fuckin’ rope.

And speaking of people who’re gonna burn for all eternity, the ticket touts are staking their claim too. I hate them, but not for the reasons you might. Yes, they’re taking money away from artists and tickets away from music fans, but couldn’t they at least do it quietly?

Don’t think Jesus Man likes the touts any more than I do, hoping soon he’ll blow their ears out with his massive speaker. And their clientele aren’t much better. Hipsters off to the Academy, sitting behind me in Starbucks, posing with coffee on sofas. Sitting in the ridiculous food stands in the Village eating twenty pound burgers. Sitting on Twitter, posting pictures of coffee next to food, with a filter that makes it look yellow and in-fuckin’-edible. Maybe it’s meant to put off anyone stealing it.

Mr Manager likes them, because they all want a frappe mocha petit espresso. Jesus Man clearly thinks they’re all going to hell. This time, I’m on his side – in fact, it’s more a prayer for me. Ha.

And then there’s the middle ground: the chuggers. Because, y’know, it’s a good cause, but you still want to hit them. And then feel bad about it. And then hit them again. Even old JM looks conflicted – yes, they’re trying to help disadvantaged kids, but they also chase the punters away from the station entrance, and no amount of roaring “Rejoice, for the Lord has come!” will bring them back.

Once, he tried moving his noise-box right into the middle of the walking space, rather than off to one side. The chuggers cleared out to avoid associating their cause with the Christ Infection, then commuters made a wide berth too. No-one stopped to talk to Jesus Man, but I don’t think he wants them to. People give him strange glances, but he’s the only one not dumping something onto them. I feel sorry for him, but you still couldn’t pay me enough to speak to him.

I dunno, man. As the battle for Brixton’s souls and wallets rages in a space about the size of a huge living room, I just look on. I got no real horse in this race, I don’t care about what I’m doing. I don’t want their money, I don’t have to sell them anything or engage with them, I just gotta hand out free papers.

Some chugger girl with hippy hair is having a go at the touts for chasing the punters away, he seems to be telling her much the same. The ironic part is, the passers-by don’t hate me, if anything they welcome something to read on their journey, yet I’ve given up and retired to Starbucks, for the third time this week. The pile of newspapers is next to the station entrance, people seem to be helping themselves without any fuckin’ spoonfeeding from me.

That woman is really letting the greasy prick have it now. I almost regret that time I gave her a Brixton Pound and told her to buy the poor kids something nice. Yeah, did you know Brixton had its own currency? As if they can buy themselves back from Mr Manager and the ticket touts. As if they have the money that matters.

I’m so tired. I’m so bored. I could go and join the battle, but I just want them to take the newspapers and go away, I ain’t got it in me to fight the people with the causes for attention. No fuckin’ way. Too much crossfire. I’m just gonna sit back here and maybe order another maximo mochaccino belissimo fantasico, with a muffin.

Did you enjoy this story? Cancel reply 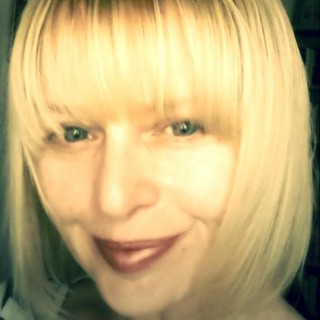 Kit lives and works in London where she regularly blogs about city living, the arts and digital media. Writing, photographing and creating artwork from its rich mixture of architecture and people, she finds the city to be a constant source of inspiration. She also drinks far too much coffee and stares too long at high rises. She is the Creator and writer of the London Urban Story Blog and welcomes submissions from anyone out there who has a London story to tell.